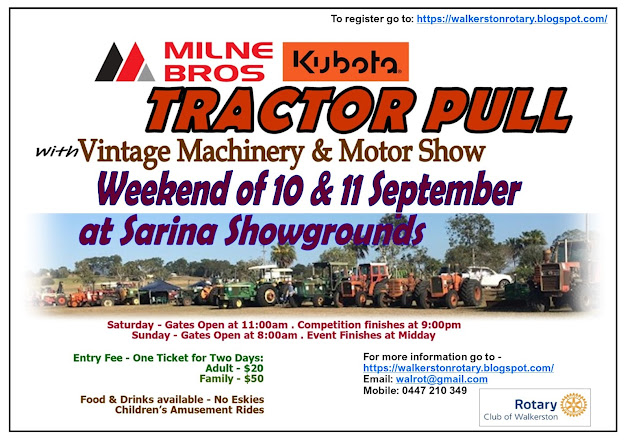 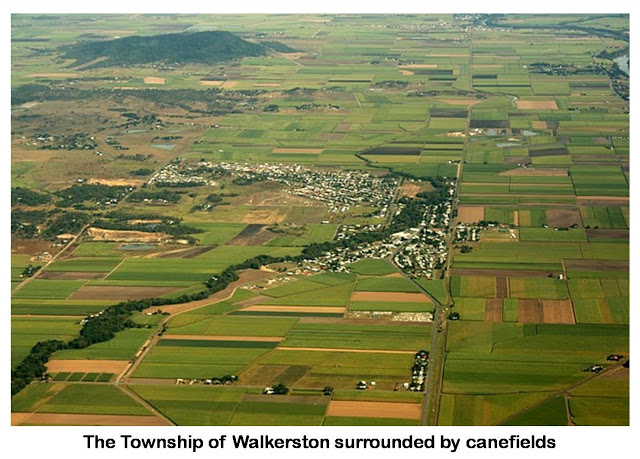 The Rotary Club of Walkerston is one of the younger - chartered in 1991 - and smaller, clubs of District 9560, with around 15-25 members. Club meetings are held Tuesday nights at Walkerston's oldest pub, the Duke of Edinburgh Hotel.
Walkerston Rotary coordinates, as well as supports, many local community event, and the club's main fundraiser - the Walkerston Tractor Pull.
The club's continuing local community projects are the very successful Little Street Libraries which now has nine well used branches, and also Kerbside Numbering of all of Walkerston residences.
Other yearly events initiated by the club  are the Pioneer Valley Schools Public Speaking Competition and the yearly Dux Awards presentations at the two local school, as well as the Cliff Andersen Sports Award, the Max Adams Memorial Vocational Award and the Local Community Award.
The club also supports other Rotary programs such as Rotary Youth Exchange Program (RYEP), sponsorships to the National Youth Science Forum (NYSF) and the Rotary Youth Leadership Awards (RYLA) to name just a few...
Club members, both male and female, are from various walks of life. A good mixture, which makes for good fellowship and excellent club achievements.

The township of Walkerston - with a population of 3403 according to 2016 census - is named after John Walker who was a sugar plantation owner in the Walkerston/Homebush area. Walkerston - affectionately known as ’Scrubby’, from the then scrubby terrain of the creek banks - is situated approximately 10 kilometres west of Mackay (Central Queensland, Australia).
In 1866, Walkerston was known mainly as Scrubby Creek, with a small section known as Alsatia. In 1881, Scrubby & Alsatia joined to form Walkerston (Gazetted 22 December 1881).
On the western side of the township is the historic Greenmount Homestead - a sketch of the homestead is the main feature on the Walkerston Rotary Club banner.

The Greenmount site was first settled in 1862 by Captain John Mackay, for whom the City of Mackay is named. The homestead was built in 1915 by the Cook family. It is the only heritage listed homestead in the Mackay region. 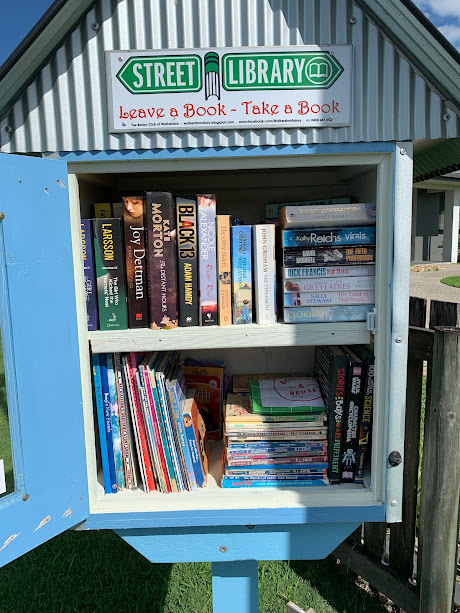 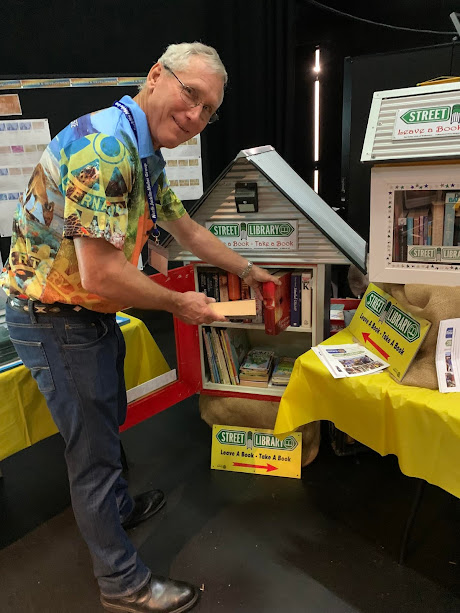 Bring A Book. Take A Book. Share A Book. A literary delight! Kerbside Numbering in the streets of Walkerston 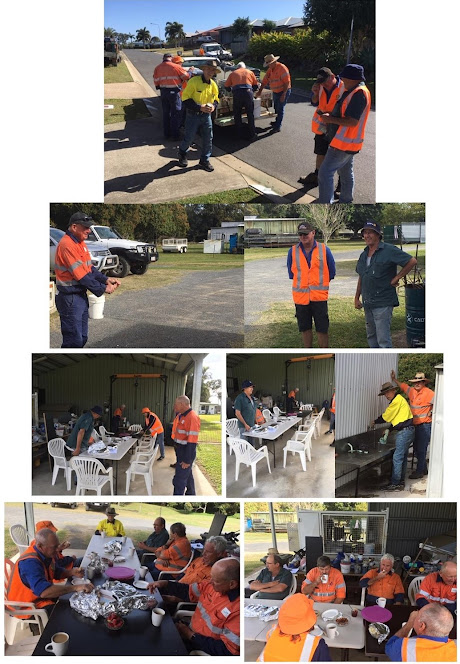 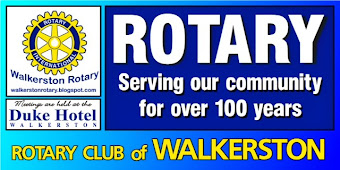 About 100 years ago - Kirkup's Store in Walkerston 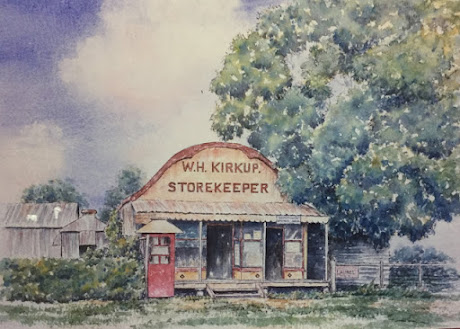